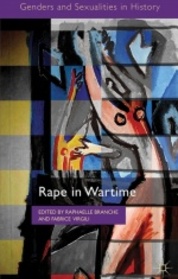 A new reflection on rape in wartime, this collection of essays presents 14 case studies, covering conflicts from across the globe, including Greece, Bangladesh, Columbia, Chechnya, Israel, India, Nigeria and Europe. Providing a truly global and interdisciplinary approach – including offerings from experts in legal, anthropological, cultural and gender studies – the authors examine the context in which wartime rape occurs, the specificity of rape as a universally recognised transgression, the place of large scale rape in public memories of war and the long term legacies of rape. They also confront the challenge of writing about intimate forms of violence from both the human and scientific perspective.